I recently put together a timeline highlighting the events taking place for Dalrada Financial since it began it’s reorganization process back in early 2018 – you can find the timeline here. There’s a very interesting story developing and I believe the company is on track to become a successful growth play, but that’s not the point of this article. I’m not even much of a fundamental guy, I’m mostly about the charts, however when I see a real nice chart I do want to know the story behind it. At the root of it all though is the chart, and if the chart isn’t strong I don’t care about the story.

$DFCO’s chart caught my eye early in 2018 after it broke out of a 9 year base on huge volume, trading it’s float numerous times over, then basing and consolidating above that old base and at a new trading range.

When a stock breaks out of/above a large base (sideways price action, ie consolidation), it’s an important event. The longer in duration the base, the bigger the breakout’s implications are. $DFCO broke above a 9 year long base of consolidation in early 2018, and since then it’s traded entirely above that level and has established a trading range above it, ie it’s building a base upon an older larger base. Bullish.

That’s about as technical as I want to get with the chart stuff. The point I want to emphasize doesn’t require a thorough understanding of technical analysis, or more specifically my own brand of TA. My argument for going long $DFCO is very simple. The price action is strong yet the value of the company is cheap.

Strong price action is often defined by measures of higher lows, higher highs, new long term highs (breakouts) etc. The argument for $DFCO having strong price action is very cut and dry. It’s currently trading above almost all of it’s past price action dating back 10+ years and is only a small move away from testing and breaking out to a new 10 year high. The current trading volume is very low, but that’s not what I’m referring to when I say it’s a strong chart. Take a step back and see the entire picture. A weak stock keeps losing ground and goes lower over time, incurring more bag-holders (shareholders who are in the red) as it keeps losing ground. A strong stock does the opposite, it steadily moves up and has little to no bag-holders as anyone still holding is in the green. Look at $DFCO’s chart and almost everyone is in the green going back to late 2008.

The other characteristic I like to measure is the value of a company, ie it’s market cap. A market cap is simply the price per share of a stock multiplied by the number of shares it has outstanding, ie it’s outstanding share count or it’s O/S for short. I like to compare market caps from similar companies to get an idea of what’s cheap and what’s not. At .04 per share and a 47.3m O/S, that puts $DFCO’s market cap slightly under $2m, which by almost any metric is very cheap for any stock (let alone a growth stock showing the potential this one has shown over the past year). I’ve seen countless empty shells (no business to speak of) with higher market caps.

The relationship that strong price action has to a company’s market cap is inverse in nature. The stronger a stock’s price action is, the more expensive it’s market cap becomes, ie the less of a steal it is and the more risk involved. It’s common sense, a stock breaking out to new 52 week highs is going to be a lot more expensive than when the same stock was hitting 52 week lows, assuming the share count is similar.

That’s the paradox of trading. Traders and investors like to chase strong price action because it’s a strong signal indicating demand is greatly outpacing supply (the trend is your friend), but at the same time everyone likes to buy stuff when it’s relatively ‘cheap’. Normally you have to choose one or the other, or try for a little of both. If you’re playing and buying into a strong stock, you’re likely not buying it when it’s cheap, you’re just hoping that the strength continues and you can sell your shares as the strength keeps up. On the other hand, you have the value buyers who are buying into the bloodshed because they like the fact that the stock is now ‘cheap’, but their risk lies in the fact that the weak price action could continue and keep pushing the price down. In a perfect world you would like to buy stocks that are both strong in nature price action wise, but also relatively cheap market cap wise, but the inverse nature of the two makes that a rare event. Enter $DFCO.

$DFCO is an anomaly because it has both of those elements in it’s favor and in 13 years of trading I’ve never seen such a stunning example. First off, find me another OTC stock that is trading anywhere near it’s 10 year high water mark. That in itself is a very rare scenario for an OTC stock and already puts it in exclusive company. But the real kicker is the fact that you have an OTC stock not only trading just under it’s 10 year highs, but is at the same time somehow still only trading with a market cap of less than $2m. I have my theories as to why it happened but what’s important is that for whatever reason, I believe the market has been mispricing $DFCO.

So to sum it all up in a nutshell, $DFCO is a strong buy at these levels because it’s price action is incredibly strong on a very long term time frame, whereas at the same time it’s also relatively very inexpensive by almost any metric. Read my timeline for an understanding of what the company is attempting to do as it rises from the ashes, but my contention is that it’s these technical elements that make it such an attractive gamble here. It’s an incredibly strong chart while paradoxically somehow having a very cheap market cap, literally the best of both worlds in the trading arena.

And for transparency sake, yes I am long $DFCO and have been since early spring 2018 when I first began buying. I rarely like to hold any of my trades this long but I think this is such a unique anomaly of a situation that I’m shooting for the moon with this one. I plan on holding for the long haul and will slowly sell small blocks into strength as it moves up, assuming everything goes as planned. That would be my recommendation to others as well.

As much confidence as I have, please understand the risks of trading anything but especially penny stocks. They’re wildly volatile and risky by nature so invest at your own peril. If you decide to buy $DFCO and you make a lot of money, you deserve all the credit because you took the risk. Same goes for if you lose money here, it’s on you – not me. I’m simply sharing my rationale and I think $DFCO is an unprecedented opportunity, but there are no guarantees in life and especially not in the OTC world. Trade with caution and good luck. 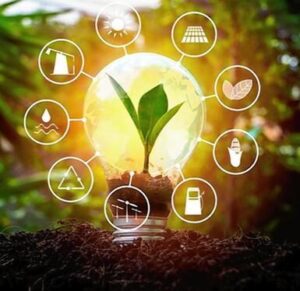 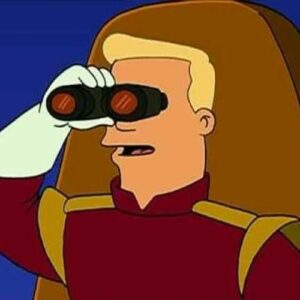 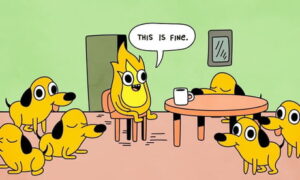