If you’ve been following along at all, I’m hopeful that some key concepts and ideas are becoming more apparent by the day. Here’s a brief summary of what I believe is most important to understand in the here and now, as an OTC trader heading into 2023:

-The OTC is changing constantly, especially in recent years. The SEC implemented sweeping reforms in 2021 that have changed the landscape, and that’s on top of the bigger picture macro economics at work (such as the raging dollar) which also are making for drastic evolution and unprecedented conditions.

-For a number of probable reasons, there were a record amount of long term breakouts in the OTC in late 2020 through the end of 2021. When I say long term breakouts, I mean new price highs of anywhere from a few years through new all time highs, and the time frame I generally view these moves at is a monthly chart (ie each candle is a month’s worth of trading) with the scope being 5 – 20 years of data.

-A significant proportion of these long term/ monthly chart breakouts were shells that were being cleaned up to meet the SEC’s new guidelines, in attempts to find a private company to enact a reverse merger, acquisition, or joint venture with.

-The vast majority of the breakouts in 2021 have seen major corrections in 2022, though as I mentioned in other articles we’re seeing some of them wake up from their 2022 lows and retest/break their 2021 peak.

-The mass corrections which took place in 2022 were due to a number of factors, mainly heavily overbought charts, wildly bullish sentiment, way too much ‘dumb’ retail money and market caps which were pricing in perfection. The market was red hot thanks to all of the merger deals being discussed and touted, but the truth is between auditing and legal fees the actual merger process is much more difficult and time/resource intensive than inking the deals themselves.

-After a year of correcting though, now the situation is the polar opposite of what we saw heading into 2022. The charts are almost all oversold, the sentiment is Godawful and the market caps for many tickers are barely pricing in any sort of positive bullish scenarios playing out.

Everything about the markets are cyclical and nature always has to run it’s course. The overlying theme I just spelled out being seen in the OTC, specifically with these army of shells all trying to grow into successful reverse mergers and long term growth stories, is essentially this:

My contention is we’re going to see these merger stories come back to life, one by one. Will all of the old shells find long term success with mergers, acquisitions and/or joint ventures? Absolutely not, but some of them will have amazing rides and even many that ultimately fail in the end can and will have epic rallies. Even if only 1% of the shells end up successfully making it in the end, that won’t stop many if not most of them from having big moves of their own at some point.

The problem with cycles of this scope is how much time, patience and attention one needs to dedicate to stay on top of things. How many people from the 2021 mania are still paying attention to these mergers? The answer is not many, and for the sake of the market taking the next step that’s great news to see. Retail traders are notoriously fickle and impatient, so this sort of fallout was impossible to avoid (not to mention entirely necessary).

The upside moves in 2021 were becoming way too easy. Easy profitable trades are virtually always a sign of bad things around the corner, but in the same vein what I now see are much better looking opportunities on the charts with nothing but fear and pessimism in the air. And those are the conditions to get really excited about. Heading into 2022, everyone was overly bullish and optimistic – and heavily long these OTC shells/potential mergers. And 2022 was awful. Heading into 2023, most everyone is bearish and fearful – and very few longs are left holding positions in most of the mergers/shells. This should make for a much better year overall, but if things really go as I hope then we’ll see a lot of continuation of the moves which began in 2021. The real upside then would come when the retail market as a whole began to realize and price in the serious potential of a secular bull market having begun in these tickers, and for the 2021 mania not only return but get taken to the next level. 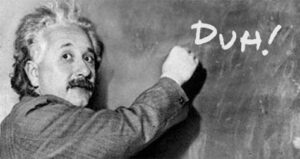 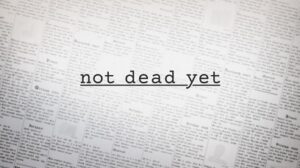